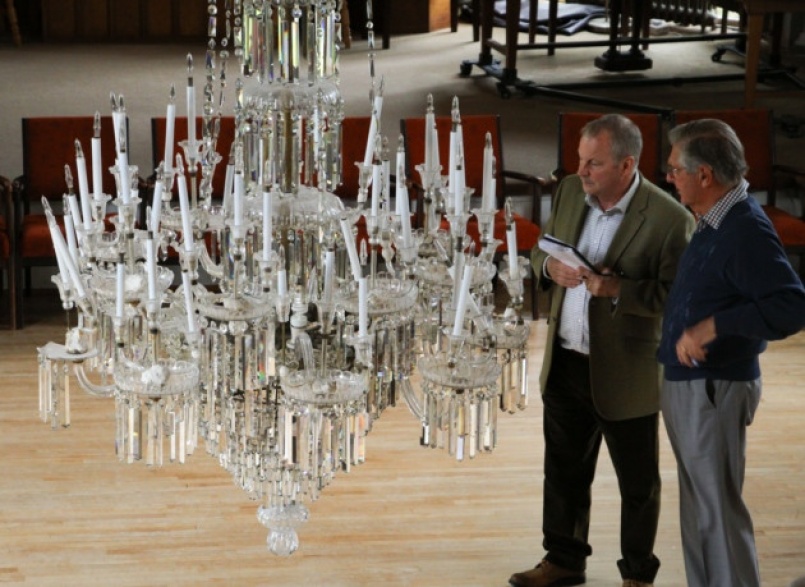 Located in sunny Sidmouth, Devon and now known simply as 'Sidholme',  is a manificent property which is the perfect example of Regency grandeur, built in 1826 and formerly residence of the 6th Earl of Buckinghamshire and the 1st Viscount Cherwell,  the building was purchased in 1931 by the Christian Guild and converted into a hotel that even today offers an inexpensive holiday location for Christians and non-Christians alike in its beautiful surroundings.

One of the biggest draws to the hotel is the stunning Music Room which was added to the house in the early 1850's by the 6th Earl of Buckinghamshire for his wife Countess Maria Isabella as a private chapel and venue for musical soirees. One of the focal points of the room is the imposing Gray & Davidson organ which was custom built for the room and installed in 1855. With over 150 years of use, the organ was in desperate need of restoration and so a commitee known as the Sidholme Organ Friends was formed and within 2 years they had raised the necessary funds for the required restoration.

Following this successful venture, 'The Friends' reformed in 2015 as the 'Friends of Sidholme Music Room' and set their sights on a project of a slightly different nature. From the unique painted panels on the ceiling hang a series of 7 cut crystal chandeliers. Such as the organ, the chandeliers were in very poor condition and in need of much restoration, David Wilkinson asked by Mr John McGregor a member of the Friends of Sidholme Music Room and concert organiser to come and assess the chandeliers for their much required work. David was asked specifically not only due to Wilkinson being the Royal warrant holder for glass restoration, but also due to the fact that our company hold the rights to the business name Osler and have done since 1985. 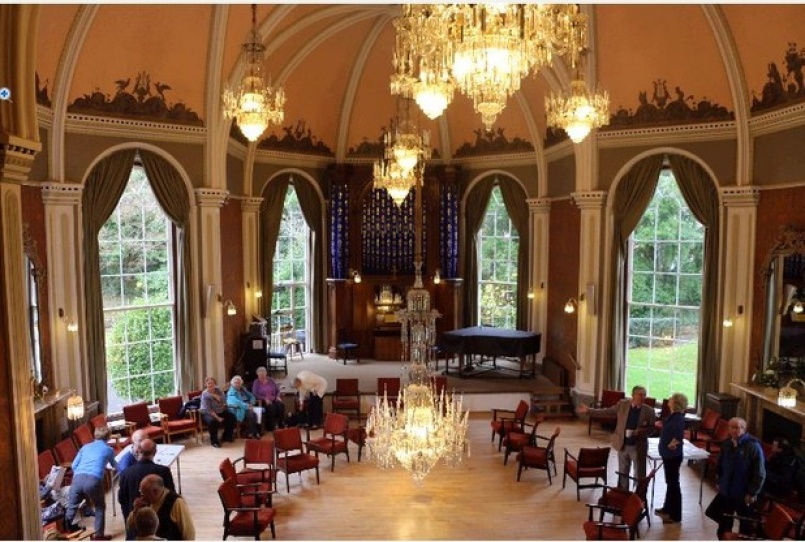 Sure enough the initial assessment found that extensive restoration work was required on each of the chandeliers, David was asked to submit his quotation and unfazed "The Friends" set about fundraising to get the money required for works to begin on the first of the chandeliers. John McGregor said "I look at it in stages, by saying let's go for the main one first....Let's make it seem achievable and not frighten people. And because we would have completed the main chandelier, I think people are going to say 'let's do the rest.'"

Sure enough by July 2017 we were called to removed the largest 48 light central chandelier and begin the required works. Major issues that were found with the chandelier included the unsympathetic conversion of the chandeliers from gas to electric, with large lumps of plaster used to hold small glass arms in position and many of these arms were so badly damaged and incapable of holding modern wiring that it was much more practical to replace them. Although modern reproductions were the only option for replacing many of the pieces that were damaged beyond repair, including dishes, nozzles and stem pieces, other smaller elements like the prisms that dress each of the chandeliers, were able to be sourced from our extensive antique stocks, although this presented its own challange, as the quantites and sizes required were so vast.

By February 2018 the fully restored chandelier was being installed back into the Music Room for all to admire and as predicted by McGregor, everyone was so impressed with the transformation of the historic piece that  in November of the same year we were called back to remove 2 of the smaller flanking 24 light chandeliers and begin the restoration work on these pieces, as additional funds had already been raised by the highly impressed donors.

By the end of 2019 Wilkinson would have restored 4 of the 7 chandeliers and will begin work on chandelier numbers 5 and 6 in 2020 and as "The Friends" continue to raise funds there is every hope that by the end of 2021 all 7 of the chandeliers will have been fully restored to their former glory and hanging proudly in their orginal home for many more years to come and enjoyed by all those who attend the musical concerts, workshops and events held at historic Sidholme.

Watch the below videos from BBC Spotlight to get a closer view of the condition of the chandeliers both pre and post restoration.