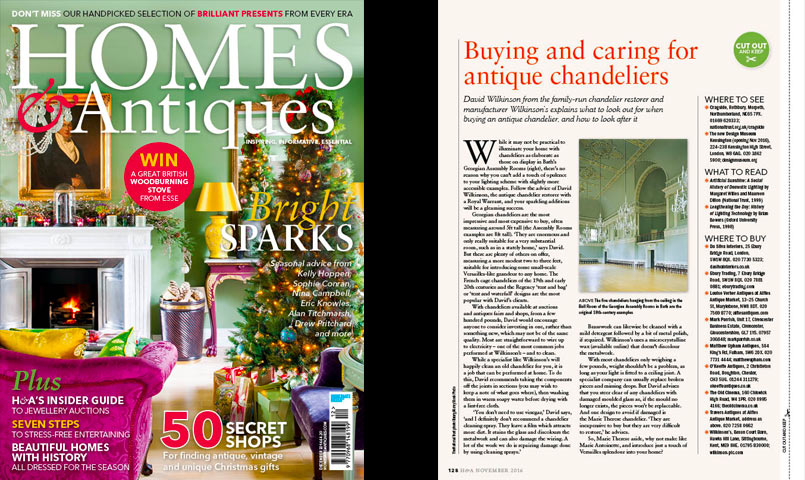 In early October photographer Kasia Fiszer (www.kasiafiszer.com) came to spend a day at our workshops to observe the traditional processes we use to manufacture chandeliers in our Kent based factory and discuss with David Wilkinson the history behind the family business for an article with would feature in the December issue of  Home & Antiques magazine.

In an interview with David, he tells of how we have been fortunate enough to have worked in some of the most prominent locations in the UK including Warwick Castle, The Lanesborough Hotel, Spencer Houseand Stowe, not to mention 10 rare examples that the company restored in Bath Assembly Rooms.

To go with the article, Home & Antiques magazine have a digital mini series called ‘The Restorers’ which show the works of various craftspeople working in unique sectors. Watch the video below where you can see our glass, metal and chandelier departments at work as David gives an insight into how the company was founded and how it is run now.