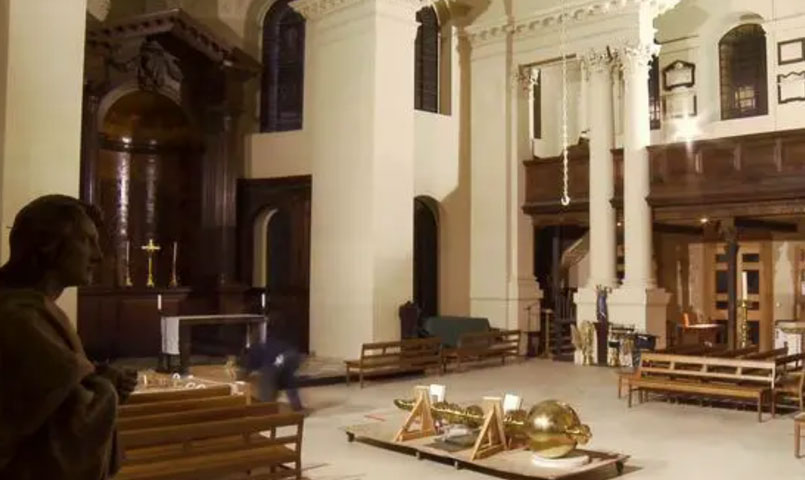 The chandelier is a rare example of a Dutch chandelier so was carefully wired, cleaned and restored to conserve its original features which include scrolling branches holding 36 lights. Weighing over 700kg it measures 2.8 metres in height and is over 2 metres wide at its core.
The chandelier originally hung in a church in Kaatsheuval, North Brabant, Netherlands before gracing the Grand Entrance to the Victoria and Albert museum for a majority of the 20th Century. In a unique arrangement organised by the World Monuments Fund Britain, the chandelier is now on permanent loan to St George’s church where it will stay in the central nave for many years to come.

A 17th Century Chandelier is installed in St.George's, Bloomsbury from James Price on Vimeo.